I had a craving for sushi yesterday and today, as do many of my clients. I decided to dive deeper into why we crave certain foods.

In general, sushi cravings can begin from a liver that is running hot and needs to be cooled down. Cucumber and seaweed are two foods to offer the liver this support.

For example, if you have been eating foods that are harder to digest, such as wheat, dairy, meats, starches, and sugars, then the liver wants a time out.  Sushi is easy for your body to digest and can also be very hydrating.

Hunger and cravings are two different sensations. The body regulates the former, while the mind has power over the latter. Hunger serves a more utilitarian purpose, signaling our brains that it’s time to eat.  To cross that distance between the stomach and brain, the vagus nerve is the communication highway that runs between your brain and the abdomen.

First, the fat tissues expel the hormone leptin.  This chemical tells our brains that our bodies are satisfied and we can stop eating. The hypothalamus also monitors our insulin and blood sugar levels to ensure that we’ve eaten enough to bring those levels back up. Since this process doesn’t happen instantaneously, we may feel uncomfortably stuffed after finishing a large meal.

Then there is dopamine a chemical that is released in the body.  It is released as a reward that we obtain from fulfilling food cravings has been compared to drug addiction because both behaviors follow similar neural pathways.

Psychological factors can also influence the intensity and nature of our food hankerings. Studies on mood have found that our emotional state normally has a greater impact on cravings than hunger. 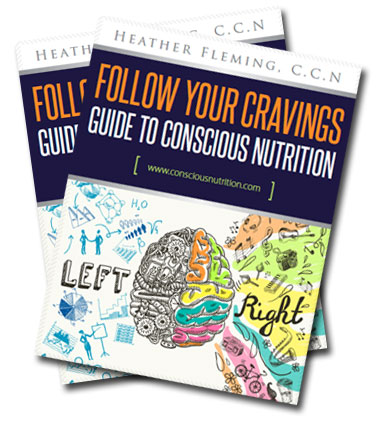 What type of Feeling Eater Are you? TAKE THE QUIZ!